Aquatic Vegetation in the Buffalo River Indicator of Health 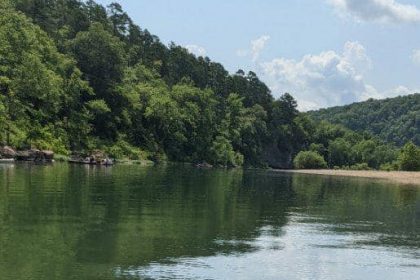 Overwhelmed by decades of pollution, by the late 60’s, the Buffalo River’s condition was disgraceful. Both Lyndon Johnson and Robert Kennedy visited the New York river to inspect the carnage, and the death knell for this once proud waterway was sounding.

Jill Jedlicka is Executive Director Of Buffalo Niagara Riverkeeper. The river hit rock bottom in around 1969 when it was functionally declared biologically dead by the federal government. Nothing could survive in the river, there was no oxygen in the water, not even Sludge Worms were living in the bottom of the river, it would change color, it would occasionally catch fire.

What was once a civic embarrassment is now a symbol of renewal. Over the past decade, a torrent of organizations has worked hard to restore the river. One of the most visible signs of life are the aquatic vegetation recently planted along the shore. From an environmental standpoint the re-establishment of sub aquatic vegetation and emergent vegetation is an indicator for the health of the river.