Port Of Stockton Proposes Project To Harvest Hyacinth For Biogas 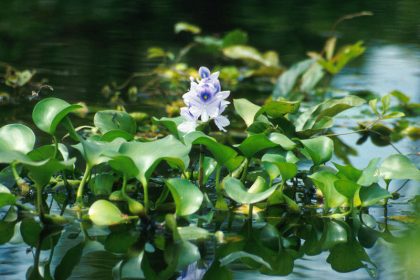 Water hyacinth has been the scourge of the Delta in recent years, but by this summer it could be providing the power to city lights. A pilot project is in the works to harvest it for biogas.

Port of Stockton Environmental Manager Jeff Wingfield says the port is proposing a pilot project to harvest the hyacinth and convert it into methane to power a cogeneration plant.

Wingfield says the port already harvests 2,500 tons a year which is hauled off for composting.

He says, “If we can improve that with new operation of the landsite excavator, I’m hoping to improve that by about ten times at a cheaper cost.”

Wingfield says the port is seeking a $300,000 grant from the Delta Conservancy for the pilot project.