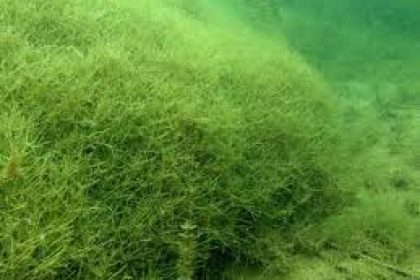 Heidi Bunk, a water resources management specialist with the Wisconsin Department of Natural Resources, said while the long-term effectiveness of hand pulling the invasive species starry stonewort is still being evaluated, it can be advantageous because it allows for the removal of starry stonewort without harming native species in the way chemical treatments might.

She said lakes that are over-managed with chemical treatments, which can kill native plant species, can actually increase the spread of some non-native species. She said while the treatment may temporarily reduce a starry stonewort population, it also opens the door to future spreading by potentially killing native plants that would otherwise compete with the invasive species.