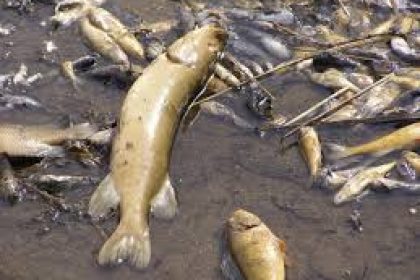 An outbreak of toxic algae has killed almost all fish at Lake Mission Viejo, a world-class bass fishery in California.

An estimated 10,000-plus bass, catfish, sunfish and blue gill have died in the past few months at the man-made recreational lake, said Kevin Frabotta, general manager of the Lake Mission Viejo Association, the homeowners association that owns the lake.

Lake staff discovered dead fish in early November and lab tests showed they were dying as a result of a toxin produced by prymnesium parvum, also known as the golden algae, the HOA website stated. HOA employees have been treating the lake with algae suppressor and testing water samples twice a week since then, Frabotta said.

Staff stock Lake Mission Viejo with trout every winter, but the association has been delaying restocking until the lake condition recovers. They’ve released about 15 sample trout to test the water, but all died within two hours, Frabotta said.