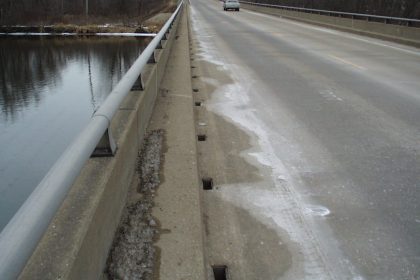 More and more environmental groups are making noise about the devastating impact winter salting has on the environment which is raising awareness and forcing lawmakers to look at alternative solutions.  In Canada alone, the country applies five million tonnes (over 110 billion pounds) of salt during an average winter.  This salt contaminates ground and freshwater, degrades habitat, alters aquatic ecosystems and causes corrodes critical infrastructure such as water pipes. 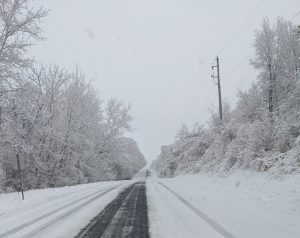 The massive increase to the salt content of soil located next to roads affects roadside vegetation; often killing the vegetation and impeding its ability to grow back.  Unfortunately, many invasive plants are well-adapted to high levels of salt, leading to a greater potential for invasive species to take over and spread along roadside communities. Researchers in Massachusetts found that road salt use directly aided the spread of invasive phragmites along the Kampoosa Bog in Stockbridge. 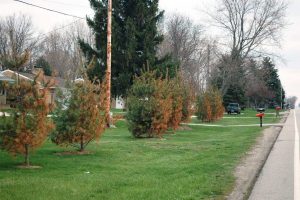 Many wild animals such as moose, deer, cattle, woodchucks, squirrels and mountain goats require essential elements such as sodium in the springtime for bone, muscle and other growth.  Salt deposits exacerbate roadside collisions as the wild salt-seekers are drawn from miles away to lick the mass salt deposits left near highways and roads during the spring.

People living in snowy climates are well away of the devastating effects salt has on their vehicles, perhaps not on what can occur within their own bodies.  Excess salt can contaminate ground and freshwater; water that we drink and use to prepare food.  Not all the salt can be filtered out of the water and can pose health risks to those who require sodium-reduced diets or those with hypertension.

High levels of chloride in water can corrode plumbing and leach harmful metals into drinking water, posing health risks, particularly for people using well water. Corroded water pipes lead to breaks which can cause disruption in service and even flooding.  Not to mention that the elevated chloride levels can also corrode appliances using water such as dishwashers and washing machines. 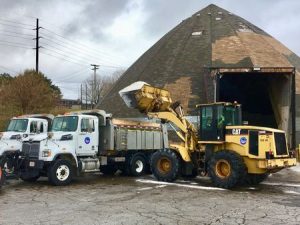 Sustainable alternatives are being implemented in both Canada and the United States.  Many Canadian municipalities are using a more environmentally friendly de-icing agents such as a mixture of beet juice and salt.  Beet juice works in the same was as road salt, but the beet juice stays on the road longer, so it is not only effective, but requires fewer applications.  In Wisconsin, cheese brine; an industrial byproduct from the dairy industry that is normally dumped as waste, is being combined with salt to create a unique deicer.

More and more people are experimenting with sustainable salt solutions and hopefully in the near future less salt will be used.