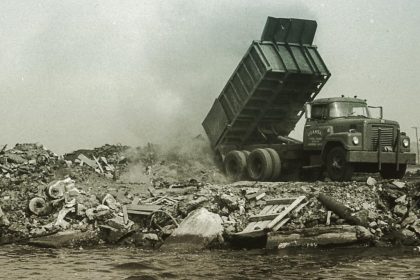 In 1985, Muskegon Lake in Michigan was declared a Great Lakes Area of Concern by the EPA. The West Michigan Shoreline Regional Development Commission will utilize $3.1 million to clean up the lake and undo years of environment abuse.

The abuse began in the 1800’s during the lumber era when sawmill debris was tossed into the lake waters and continued in the 1900’s as foundries and factories further contaminated the waters by dumping countless tons of wood, foundry slag and wastewater into the lake.

Muskegon Lake has been contaminated with heavy metals, petrochemicals, pesticides, and polychlorinated biphenyls from municipal and industrial discharges. The lake was an open sewer for industry up until 1973 when a massive wastewater management system began treating industrial sewage.

Over the past several decades, cleanup efforts have transformed Muskegon Lake into a one of Michigan’s best inland fishing and recreational lakes. A new project will help toward removing the lake from an area of concern by removing large debris such as tires, metal and chunks of concrete from the lake bottom. The project also includes restoring 10.3 acres of wetlands and 325 feet of shoreline.