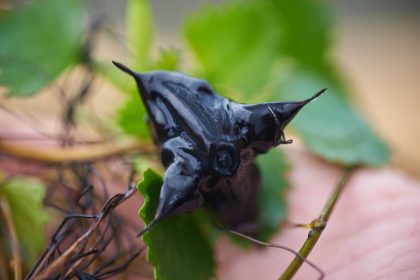 Trapa natans is native to Western Europe and Africa and northeast Asia, including eastern Russia, China, and southeast Asia to Indonesia. Trapa natans was first introduced to North America in the mid- to late-1870s, when it is known to have been introduced into the Cambridge botanical garden at Harvard University around 1877.

A decade later later, the aquatic invasive species made its way to New York and now stretches fro Long Island, inland to the Hudson River Valley and up to Lake Champlain and is spread throught the Finger Lakes.