Carbon Dioxide Could Keep Asian Carp out of Great Lakes 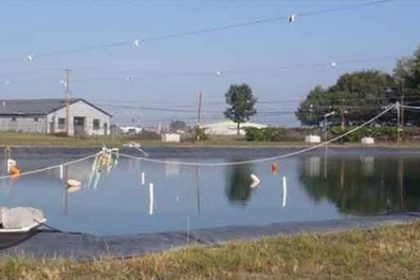 In a research pond in La Crosse, Wisconsin, scientists from the University of Illinois at Urbana-Champaign and U.S. Geological Survey are testing the effectiveness of a new strategy to ward off an Asian carp invasion that’s threatening the health of the Great Lakes, including Lake Michigan.

The study called for placing a carbon dioxide infusion system on one side of the pond that withdrew water, treating it with high levels of carbon dioxide and then pumping that carbon dioxide-rich water back into the pond.  Results showed that silver carp and bighead carp, two different species of Asian carp, avoided water treated with carbon dioxide as did native fish such as bigmouth buffalo, channel catfish and yellow perch.  However researchers are puzzled as to why the paddlefish did not avoid the area.

Adding carbon dioxide to the water is indicative of poor habitat causing the fish to swim away and look for more oxygen.  The carbon dioxide lowers the water’s pH, making it more acidic.

If adding carbon dioxide to the water does go into a real-world setting, it would deter the movement of all fish species, so that’s something that needs to be considered before it moves to a field application.
Read More
Tagged under: asian carp, bighead carp, carbon dioxide, carbon dioxide carp, carp, great lakes, invasive carp, lake michigan, silver carp
TOP